Fun Facts: What Is The Biggest Mobile Crane In The World?

When thinking of large cranes, the gigantic tower cranes we so often see looming over city skylines are the first to come to mind. Generally, in terms of sheer size and lifting strength, stationary cranes like these tend to have the upper hand. However, mobile cranes can be massive, too. The biggest mobile crane in the world (and its close followers) can actually give the stationary crane cousins a run for their money. 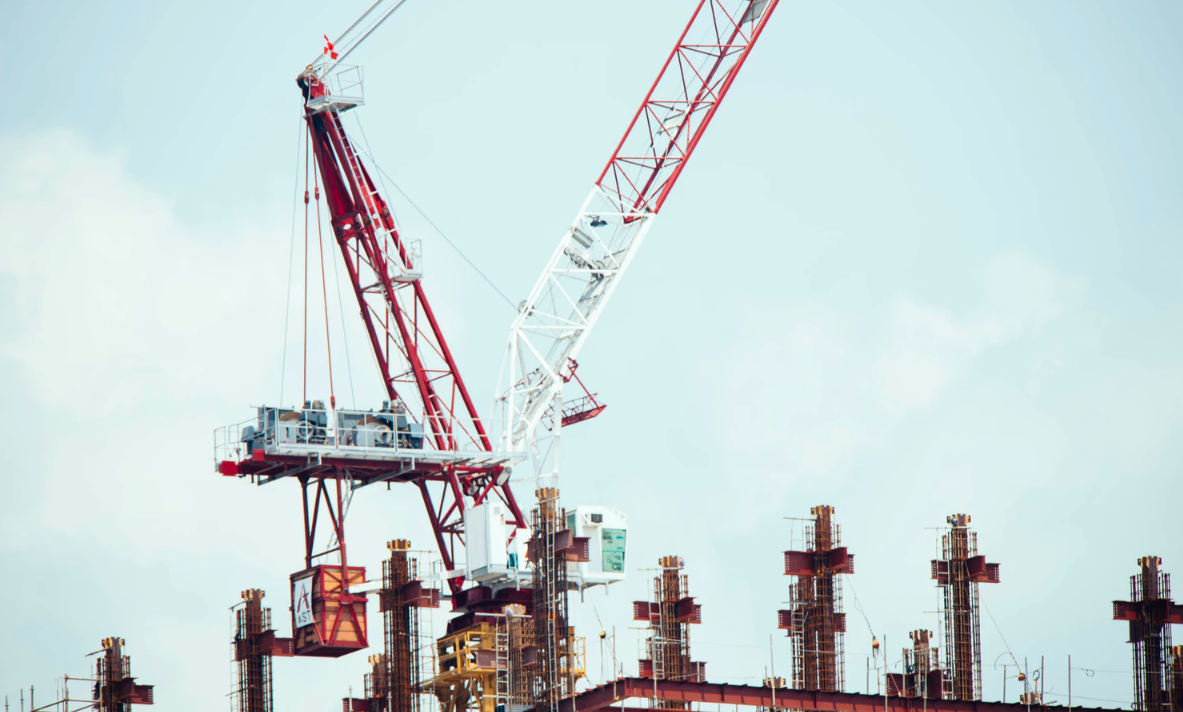 The largest stationary crane in the world, SGC-50 (or “Big Carl”) can lift 3,000 tons. And it takes 250 trucks to transport all its parts. With that in mind, it’s time to see how mobile cranes compare.

In this article, we’ll bring some of these titans into the spotlight.

No one does oversized construction and industrial equipment quite like Germany. And, the Liebherr LTM 11200-9.1 is a perfect example. This 18-wheeled truck crane looks like a gigantic caterpillar – especially if you envision its double cab as the caterpillar’s head. It’s so huge, that the truck and boom need to be separately transported to the site.

Not only is it the most sizeable mobile crane, but it also features the longest telescopic boom for any mobile crane. Its boom length can be further extended with a lattice jib attachment. And with a total capacity of 1,200 metric tons, it can lift nearly 1,000 cars in one go. A 270 kW engine is needed just to operate the crane alone.

And, the runners-up are…

While the Liebherr is the biggest crane in our books, there are a number of mobile cranes in the running. According to which factor you focus on, some might be equally or even more impressive.

It might not be pretty, but with its size and lifting power, it doesn’t need to be. The Gottwald is another creation from Germany, and it’s not far behind the Liebherr LTM in nearly every metric.  First created in 1985, it was the largest and strongest mobile crane for some time (until 2007). And this old-timer is still one of the top dogs around. 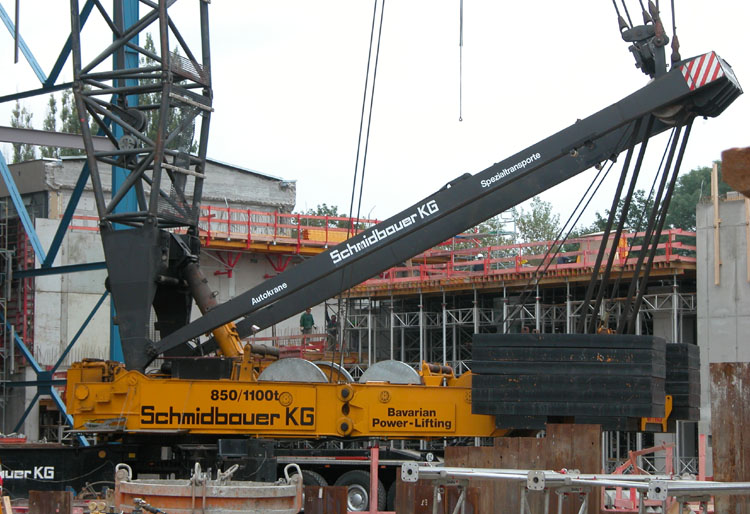 It was so huge that at first, it surpassed the permissible axle load on its 10 axles to be driven on paved roads. The truck was reengineered with a divided superstructure in 1996 so that it could finally be driven on public roads.

This lattice boom crawler crane is markedly different from the others on this list. With its lattice boom system, it looks like an overcomplicated tower crane on a caterpillar track. It might not lift quite as much as the top cranes on this list, but it makes up for it with the longest reach in the game.

This mobile crane comes with a powerful 447 kW engine to power both its vehicle and the crane. Because of the lattice jib design, it’s one of the more flexible cranes when it comes to moving and positioning loads. This crane is assembled from multiple parts and the intricate lattice jib frame means it weighs a staggering 756.86 US tons all-in.

XCMG (or, Xuzhou Construction Machinery Group Co., Ltd.) is a China-based machinery manufacturer. The QAY1200 is one of their heaviest-lifting, all-terrain cranes with a maximum capacity of 1322.7 tons. That also makes it the strongest crane on this list. 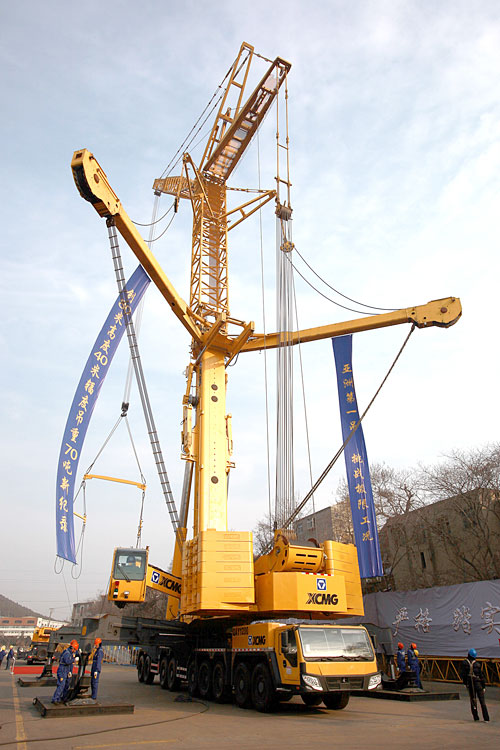 The QAY1200 is often used for repairs or maintenance on wind turbines, thanks to its 8-segment 328-foot boom. The boom is also usually equipped with a jib, extending its range a little further. Like the Liebherr LTM, the crane is mounted on a 9-axle, 18-wheel truck with a double cab.

When it comes to cranes, size isn’t the only thing that matters

While none of these come close to stationary cranes like “Big Carl,” mobile cranes are still irreplaceable. Not only can they lift tremendous amounts of weight suitable for most jobs, but they can get to the job by themselves (often on rough terrain). Plus, they can be used to transport goods, and they can also move around the worksite as conditions change.

Bigger is great, but the right fit is better

Hopefully, you’ve been impressed by these engineering feats of the mobile crane industry. However, it’s important to keep in mind that bigger isn’t always better. Different work sites, conditions, locations, and job types have different requirements. It’s important to choose the right kind of crane that suits your needs perfectly. Now that we’ve looked at some of the biggest mobile cranes in the world, be sure to check back in as we’ll cover the largest-ever lift by a mobile crane soon!