Different Types Of Boom Lifts & How They Work

A boom lift is a kind of aerial work platform (AWP) capable of accommodating persons attached to some kind of boom extension as part of a piece of lifting equipment. On top of moving goods like any other type of crane, the main purpose of a boom lift is to allow personnel to work from an elevated position.

The platform provides adequate room to stand with guard rails all the way around for safety. In most cases, this platform contains a control panel from which the movement of the crane can be controlled. The most common type of boom lift features a chassis with small wheels and a relatively small-sized body without a cabin.

This body can turn 360° so that the lift can be extended in all directions.

However, boom lifts can also be attached to any other type of crane, even a mobile crane.

Because it allows individuals to work from an elevated position, it’s ideally suited for the following tasks:

The one commonality between all boom lifts is an AWP used to lift and transport personnel or cargo. However, there are different types of boom lifts with specific modifications to make them more useful in certain situations.

Knowing what types of boom lifts are available is vital to making an informed decision that won’t end up costing you time or money.

Officially called articulating boom lifts, these are instantly recognized cranes due to their unique arm structure. The arm of this lift usually features between 1 or 3 joints. These joints give the crane more lateral control and maneuverability. With multiple joints, the arm can even be used to lift goods or personnel over or around obstacles or structures.

However, this design usually comes at a small cost to the sheer length (horizontal or vertical) that the boom can extend.

This maneuverability makes them great options for challenging workspaces. This means they are a great option for electrical or plumbing work. 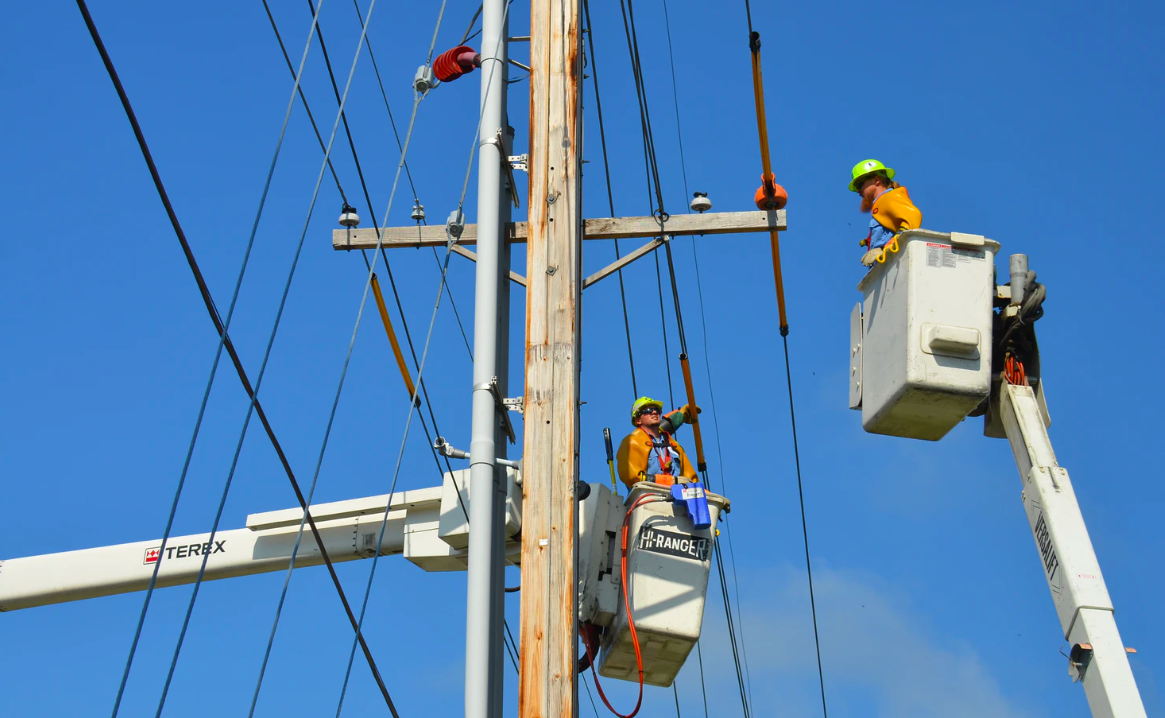 A subtype of knuckle lift is called the spider or atrium lift. This lift also features multiple joints but they mostly extend upwards for greater vertical reach. They are usually mounted on crawler or stationary bodies and often used where no scaffolding is available. They also frequently utilize outriggers to help stabilize them.

Unlike knuckle lifts, telescopic boom lifts can only extend along one vector, although they are usually mounted on rotating bases. As the name suggests, telescopic booms consist of layered sections that extend out of each other, powered by hydraulics.

Without joints to bend in awkward angles, telescopic booms aren’t quite as maneuverable. However, this simply means that they can usually support much larger loads and extend further. Consequently, telescopic boom lifts are more often used both for lifting personnel as well as loads.

For a bit more control, many telescopic booms have a jib at the end that connects to the AWP. This “forearm” is usually much shorter than the rest of the boom and can move up and down.

Other types of boom lifts

There are many other types of boom lifts used in highly specialized situations. Here are some of them you may come across:

What to consider when renting a boom lift?

As a special kind of crane, there are also special considerations to make when renting a boom lift. After all, cranes are not only expensive pieces of equipment, but accidents involving them can be physically dangerous. Doubly so since boom lifts are used specifically to provide personnel with an elevated platform to work from.

Here’s what you should consider before renting a boom lift:

Furthermore, you should take extra measures on-site to ensure safe use. Put some thinking into positioning the crane, placing it as close to the place of work as possible. Startup and maneuver the crane with no one in the basket. Once personnel enters the AWP, they should wear their safety harnesses at all times.

Always make sure that you have and operate according to a lift plan.

Boom lifts – for the jobs only people can do

Most types of cranes are only suited to lifting heavy loads in order to reposition them or place them at an elevated worksite. Boom lifts are an incredibly useful breed of crane that can carry both personnel and cargo. This makes them a versatile and indispensable piece of equipment for most construction projects.

However, a boom lift isn’t the most suitable choice for every type of job, particularly those that require longer levels of extension and heavier loads. For this, you should read up about the other types of cranes and when they would be most suitable.