A Glossary Of Useful Crane Terminology

A construction crane is a complex machine, a piece of equipment with one of the hardest jobs on any construction site. If you need one for your next project, you might find renting a crane easier and more comfortable if you understand some of the most common crane terms. 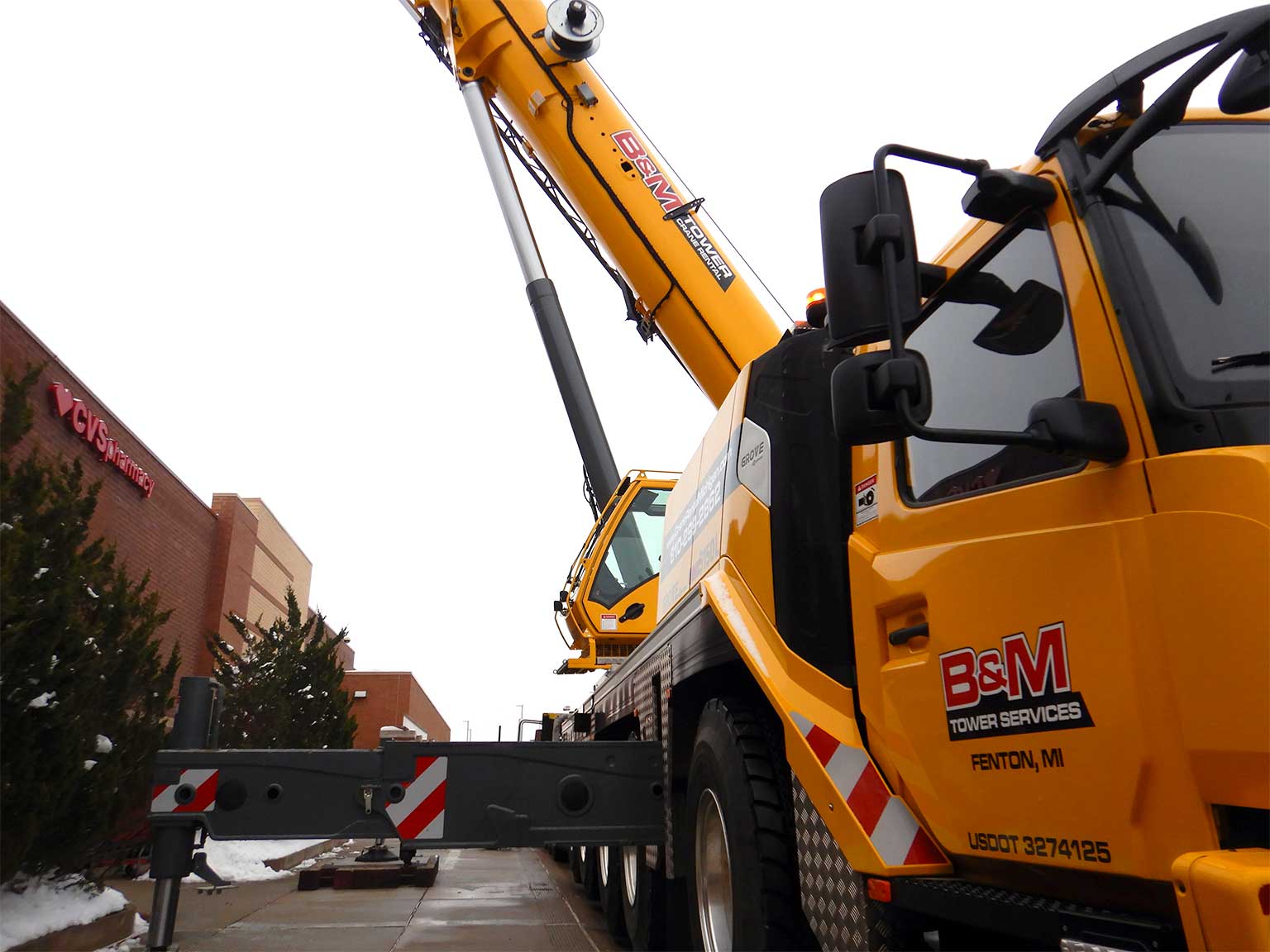 The capacity of a crane is the maximum weight that the crane can safely support. This is usually calculated with the boom at its least extended position. You will need to refer to the crane’s chart to see what the maximum capacity is at various degrees of extension.

The boom is the long arm-like structure that extends from the crane body and supports the hoist line. Basically, the boom is responsible for lifting and moving loads. And the length of the boom determines the crane’s reach. Latticed booms consist of a straight metal framework while telescopic or hydraulic booms consist of layered boom segments that move in or out of each other to contract or extend.

The boom head sits at the top of the boom and consists of pulleys that support the hoist line. It’s from this point that the hook is lowered or raised by the hoist line.

Some booms make use of a jib structure. These cranes have a main boom segment as well as a jib segment which connects to the main boom by a strut. This type of structure provides improved lateral movement.

A luffing cylinder lowers or raises the main boom. It’s a hydraulic mechanism that attaches to the boom’s mast. Depending on the type of crane, it can either lift the boom by pulling it from the top or by pushing it from the bottom.

The cabin is where the crane operator of the crane sits and where you’ll find the levers and controls for the crane. The most important levers are the hoist, boom, and swing control levers.

Counterweights exist to keep the crane from tipping when lifting heavy loads. For mobile cranes, the counterweight is usually at the back of the vehicle close to the hoist mechanism at the base of the boom.

The hoist is the mechanism on a crane responsible for lifting the load. The hoist line connects a drum or lift-wheel to the hook that will attach to the load. The two main types are wire or chain hoists and they are most often electronically-powered in construction cranes.

Sometimes called the load block, the hook block is an assembly in which the hook is attached to the hoist line. It usually consists of a number of pulleys or sheaves that control the line to help lift the load.

Outriggers are structures that extend from the body of the crane to provide stability. They do this by distributing the load over a greater area and by keeping the crane level. The two main types of outriggers are H-style and A-frame outriggers. Outriggers will take up a few feet to a few yards of extra space. However, they are critical for safely lifting heavy loads by preventing tipping.

The carrier engine is what supplies power carrier or crane vehicle. Some types of cranes, like off-road cranes, use only one engine to supply power to the carrier as well as the crane mechanism.

The slewing unit or platform is the mechanism that attaches the boom to the carrier body and allows the boom to rotate.

Pulleys and sheaves are usually used throughout the lifting mechanism of a crane. They help guide the hoist line and minimize abrasion for smoother operation.

Also called a spreader beam, this mechanism distributes the weight more evenly between the hook and load. It’s typically an I-shaped beam with a hook on both ends. The lifting beam can be attached directly to the crane’s hook, but most attach to the hook with two chains or wire lines that form a triangular shape above the I-beam.

Impress with your newfound crane knowledge

A crane used to be a simple mechanism consisting of a hoist line, hook, lift-wheel, and a pulley or two. Over time, they’ve become more complex in order to handle heavier loads safely and with less elbow grease.

This glossary of useful crane terms should give you a headstart to understand how a modern crane operates. Equally important is to know about the different types of cranes available and which cranes are most suitable for your job.