Fun Facts: What Is The Heaviest Crane Lift Ever?

Ready to see some big lifts? Don’t worry, we’re not talking about getting all sweaty in the gym. In fact, we’re going to be talking about lifts so big not even Arnold Schwarzenegger would contemplate them, even in his heyday. What could possibly humble the Terminator in this way? The heaviest crane lift ever, of course. (And the runners up, too). 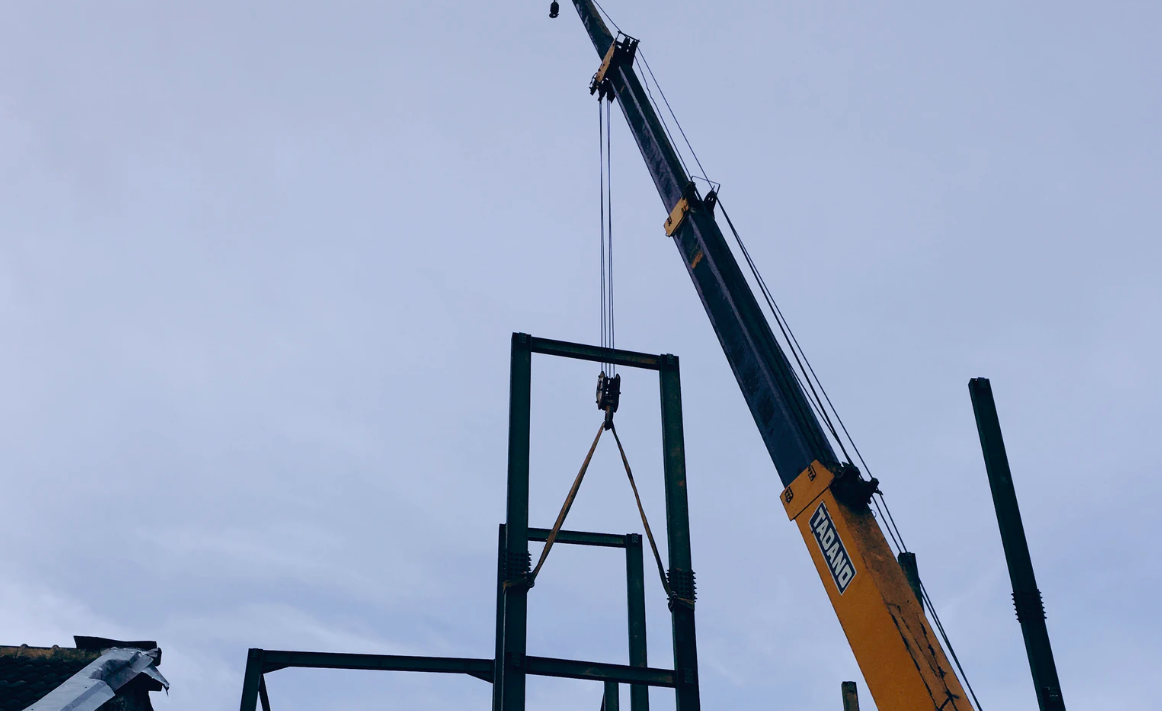 In this article, we’ll look at some of the biggest lifts ever and the cranes behind them.

The heaviest crane lift ever

Taisun (pronounced “Taishan”) is the name of the crane currently holding the Guinness World Record for the heaviest lift. In fact, this crane holds the records for the three heaviest lifts of all time:

This mechanical giant’s name appropriately translates to “Tai mountain” – a 1,532.7-meter-high culturally and historically significant mountain in the crane’s home province of Shandong.

Except for its enormous size, it’s a typical overhead gantry crane, like those visible in most large docks or ports. However, you might be able to recognize it from its distinctive white and orange striped paint job.

Taisun was built for the purpose of installing huge modules in semi-submersibles or FPSO (floating production storage and offloading) equipment. For example, it helps in the construction of oil rigs, offshore production platforms, or supertankers.

The dimensions are also truly staggering:

As you can see, Taisun’s height and span are both larger than the length of a football field.

Are there any contenders?

The Taisun seems to be in a league of its own for the time being. No other crane has officially attempted a lift close to its tremendous 20,133-ton achievement.

There are larger cranes out there, like the Kockums (or “Tears of Malmo”) crane. Originally from Sweden but now in Korea, it has only ever lifted a few thousand tons, although it’s estimated to be capable of much more. Then, there’s “Big Carl” (or SGC-250) with a height of 250 meters and a capacity of only 3,000 tons. Carl is so enormous that it takes around 250 trucks to transport all the parts. 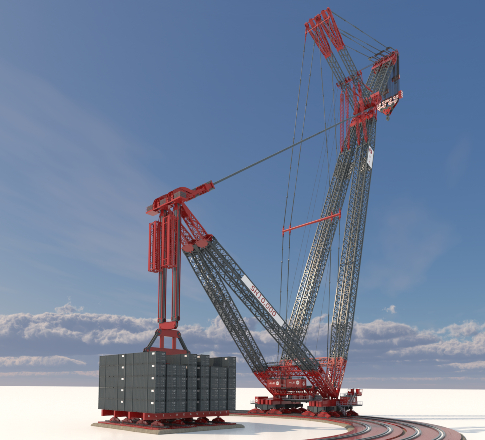 The closest we can find is SSCV Thaiff, an off-shore crane vessel that helped in the construction of the Erasmus Bridge in Rotterdam, Netherlands. This crane mostly operates in the Fjords of Northern Europe and has a lifting capacity of 14,200 tons. However, it has never attempted a lift this heavy.

What about mobile cranes?

But what about mobile cranes? Glad you asked!

The main advantage of mobile cranes is the mobility and flexibility they bring to a construction project. The tradeoff is that they don’t feature the same enormous lifting capacities of the most powerful stationary cranes.

Still, there are some immensely impressive mobile cranes out there, worthy of notice.

Currently, the most powerful mobile crane seems to be the QAY1200 of XCMG (Xuzhou Construction Machinery Group Co., Ltd.), and it’s also from China. It has a lifting capacity of 1,322.7 US tons which is far below that of the cranes above. Still, it’s arguably an even greater feat of engineering for a mobile crane to be capable of lifting this kind of weight.

The QAY1200 is mostly used for installation and maintenance of wind turbines which are often located in challenging geography.

The Liebherr LTM11200-9.1 is close on its heels with a lifting capacity of 1,200 tons. This German truck crane is also the largest mobile crane currently in existence.

If you’re curious, you can read more about the biggest mobile cranes in the world because we recently dug into that topic. 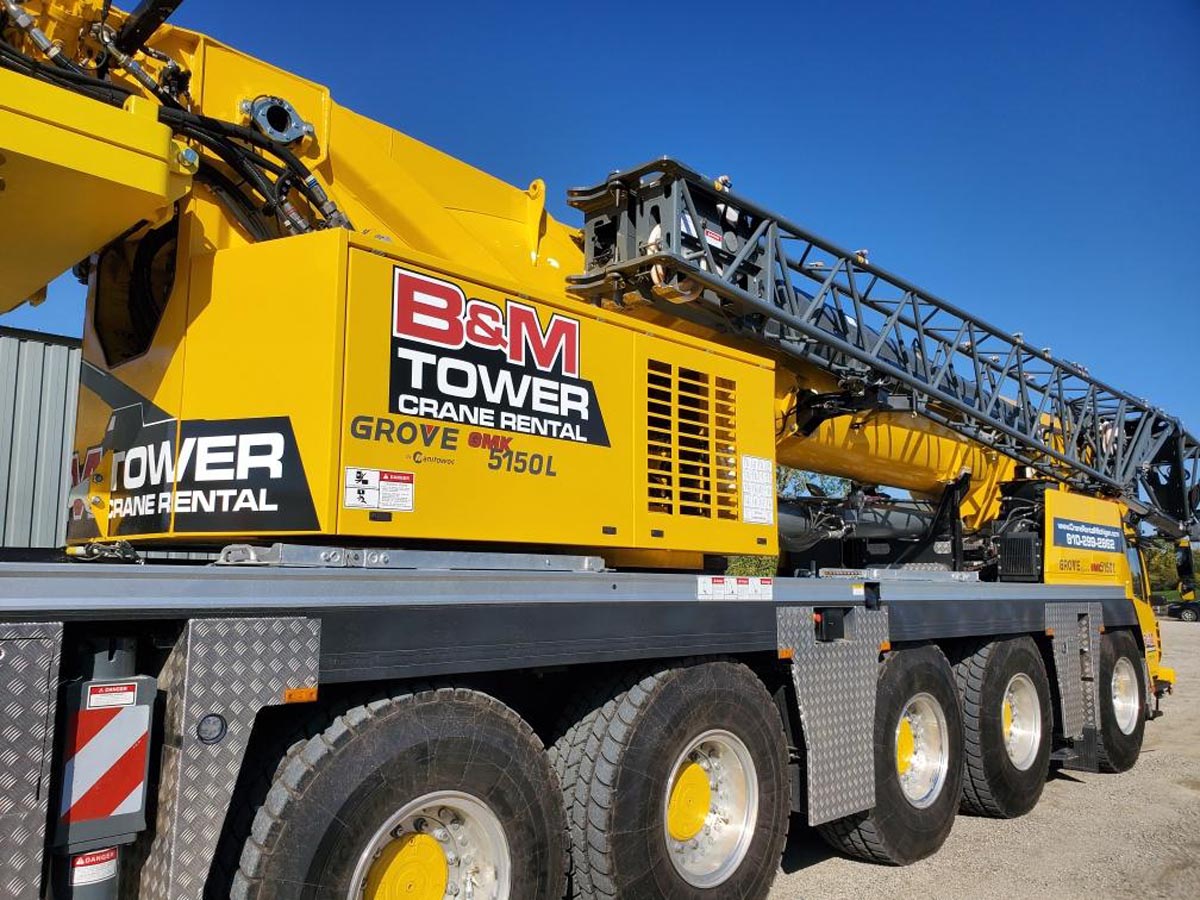 Impressed? We thought so!

As human beings, we always need to design bigger and better equipment to help us achieve our projects. From wind turbines in the mountains to off-shore drilling platforms, these projects call for incredible feats of engineering.

Our challenges are likely only going to get bigger in the future. And, with them, we can expect to see even larger and more powerful cranes with previously unbelievable lifting capacities.

We hope that these heaviest crane lifts ever have opened your eyes to this often overlooked, but vital, class of heavy machinery.